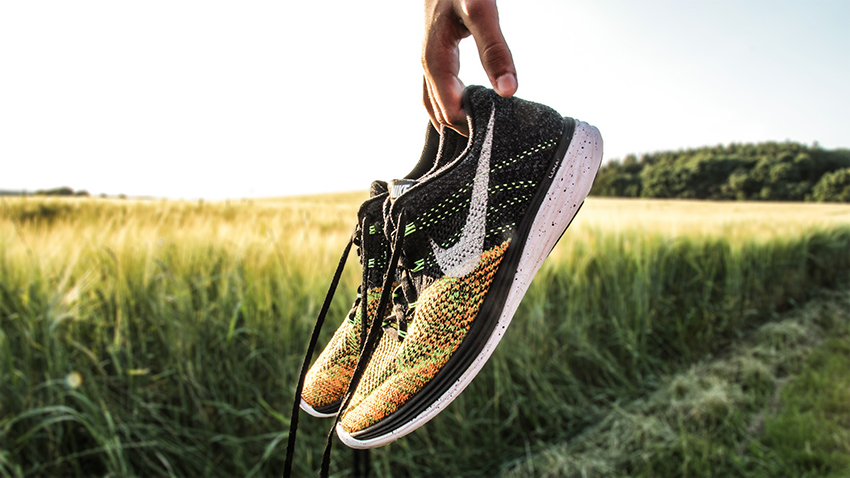 So, I’m going through my manuscripts and pulling out some deleted scenes to share with my readers. I’m gonna try and post one for you a week (as I have them).

This scene moved all over the place. At first, it was in Chasing Fire, but my original draft was clocking in at 113K…WAY too long for a first time author to get folks to actually read her work, so this one was chopped from book one. I then moved it to Smoke and Mirrors before they leave for Texas, but again…word count, and I already had a lot of sweet & fluffy scenes with Scott and Tori, so instead I just had Scott reference this happening to his father in conversation at the table while they’re having breakfast at the Harris home.

So here is Scott and Tori’s first run together. Enjoy!

“Did you do the dishes again?” The hum of the dishwasher echoed in the kitchen. “I should have asked you to move in years ago. I could get used to living with Mr. Clean.” She grinned as she grabbed a bottle of water from the fridge. Scott had done the dishes every single day for the past week.

“And I could get used to watching you prance around in that.” His footsteps echoed over the floor nearing her and his arms snaked around her waist. “Damn that ass.” He squeezed her butt in the tight yoga pants. “You going to the gym?”

“Just downstairs for a run on the treadmill, then I need to come back and shower. I promised Jane I’d go over there for dinner tonight.”

He snorted. “Did you ever consider asking me to go?”

“You sure you want to meet my dysfunctional family? Jane just texted me and warned my mom will even be there. Apparently she’s thirty days sober, so you may not have the amusement of watching one of her drunken binges.” Tori laughed a little too loud. She could just hear all the skeletons in her closet threatening to break free.

Do you honestly think you can keep your secrets forever?

“You are going to meet mine in a week, it’s only fair I meet yours.” Scott huffed. “Also, I’ll run with you. Let’s go to the park. I could use a run myself. I’ll be your running guide.”

She bit her lip. She had only ran with highly trained guides on an enclosed track back in O&M, a public park was a different story.

I’m sure as hell trying to.

If anyone could handle it, Scott could. She plastered on a phony grin. “Sure, a run outside would be great.”

He grabbed her by the hand and drug her toward the bedroom. “Let me get changed and put on my blade, and you tell me what I need to do.” She sat down on the bed and crossed her legs.

“Ok.” Tori scratched her temple. “We will need to get a rope or something I can tether to you.”

“Gotchya.” Rustling came from the closet.

“Let’s try and find a path, something that won’t be too uneven of terrain. Use descriptive words to tell me of the route, and be clear, please. Bumpy, rough, uneven, dog off leash, cyclist…etcetera. If we are passing something say, pass left or pass right and I’ll move either direction following your lead. Don’t say things like ‘watch out’ or ‘don’t’ I’m blind, not psychic.”

He chuckled. “Understood.” The bed dipped down next to her as he sat, as the prosthetic grazed her thigh.

“May I?” She reached down for the prosthetic. He’d never worn this one with her.

“Sure.” He guided her hand over it. “The top is pretty much like my other, the bootm just curves into a large C like shape.”

She nodded, understanding as she felt the cold metal.

“What’s this?” Her hand pushed on something squishy on the bottom. Rubber?

“Rubber. For traction. I don’t wear a sneaker with it.”

“How fast are you with it?” She tugged at her lip. She was certain he could out run her.

“Pretty fast. It’s slightly a bit longer than a normal foot but once I get going on it I can generate pretty much as much speed as I used to, but I expend less energy. I’m probably more efficient than you are.”

“Yeah, I saw a few videos of you pushing and dragging sleds in this thing faster than what I think I can jog.” She cringed remembering some of his old Instagram posts from before she lost her sight. “You may end up dragging me behind you like a sled.”

He rustled for a bit next to her, then the mattress lifted as he stood. The floor shook as he jumped, she assumed he was making sure his prosthetic was in place. “You ready?”

“Sure, but we have to stop by the store and get some rope.”

“I’ve got some,” he said, and she could tell he was grinning wickedly as he said that.

A sly smile morphed on her face.

“You never know when I’ll need to tie you up, baby.” He planted his lips to hers.

They headed to a nearby park. It was the best option for a paved jogging trail nearby. The late morning sun was heating the air and the humidity was rising, so she was already working up a sweat and she hadn’t even started running yet.

The wind was blowing slightly and it carried with it the sound of children hollering from the playground in the distance. Bikes flew past them at the entrance to the trail and other jogger’s feet pounded the pavement. She was sure they were a sight; her standing there nervously with her cane and Scott and his damn robot leg.

She grimaced. “As ready as I’ll ever be.” Her heart rapped heavily against her chest. She collapsed her cane and handed it to him. Scott brought his rucksack. He told her he didn’t mind running with the extra weight, and it gave her a place to stash her cane. The bag zipped then she felt the rope slid around her left wrist, as planned.

They decided to have her left hand tethered to his right, that way she could stay on the inside of the trail, away from others. The rope was long enough to give space but short enough she could feel the direction changes.

For the first fifty meters the path was straight. He notified her there was a slight uphill curve ahead, which they took with ease.

“Ok we have a large group of bikers coming the opposite direction of us so we will narrow in about twenty feet.” He pulled his arm behind him and she followed his cue for the narrowing. “Ok great job.” He pulled his arm back out to his side and she followed suit. “We have low hanging branches coming up, duck down in 3, 2, 1.” She tucked her head but not far enough and the branches grazed the top of her head. At least they didn’t smack her right in the face.

“Ok stand straight now.” They continued for a couple hundred meters and it was uneventful.

“You’re doing good, baby. I’m gonna ramp it up.” He hollered as he picked up the pace.

“Ok group of walkers coming up. We are going to pass them on the left side in three, two, one…” He moved to the left and she followed his lead. Her breath was becoming labored and she was working up a good sweat. Scott, on the other hand, she couldn’t even hear breathing. It was as if the run was nothing for him.

After some time they approached the two-mile mark and that is where they had planned to turn around at the trail and head back. Four miles was way more than enough for her. She hadn’t ran that far in a long time, but she didn’t want to look like a sissy in front of him. She was secretly dying inside.

“Ok, we’re about to flip around and do a u-turn and head back. The path ahead is clear so I’m going to do a sharp one eighty in three, two, one…” And that’s when she fucked it up. She lost her balance and fell into Scott, nearly taking both of them to the ground. Somehow by the grace of God he caught her. They finished out the remainder of the trail with him giving her verbal cues. When they reached the end of the path, he untethered them and they caught their breath for a moment.

He grabbed her by the waist and gave her a twirl in the air. “I could have never done what you just did babe. I’m so damn proud of you!”

She grabbed his face and planted a kiss on him. The salt of his sweat stung her lips, but she didn’t care. She felt alive. “That was amazing! It felt exhilarating to run in fresh air.” He handed her a water bottle and she took several large gulps. “Thanks for doing that with me.”

“I’ll run with you strapped to me anytime, hottie.”