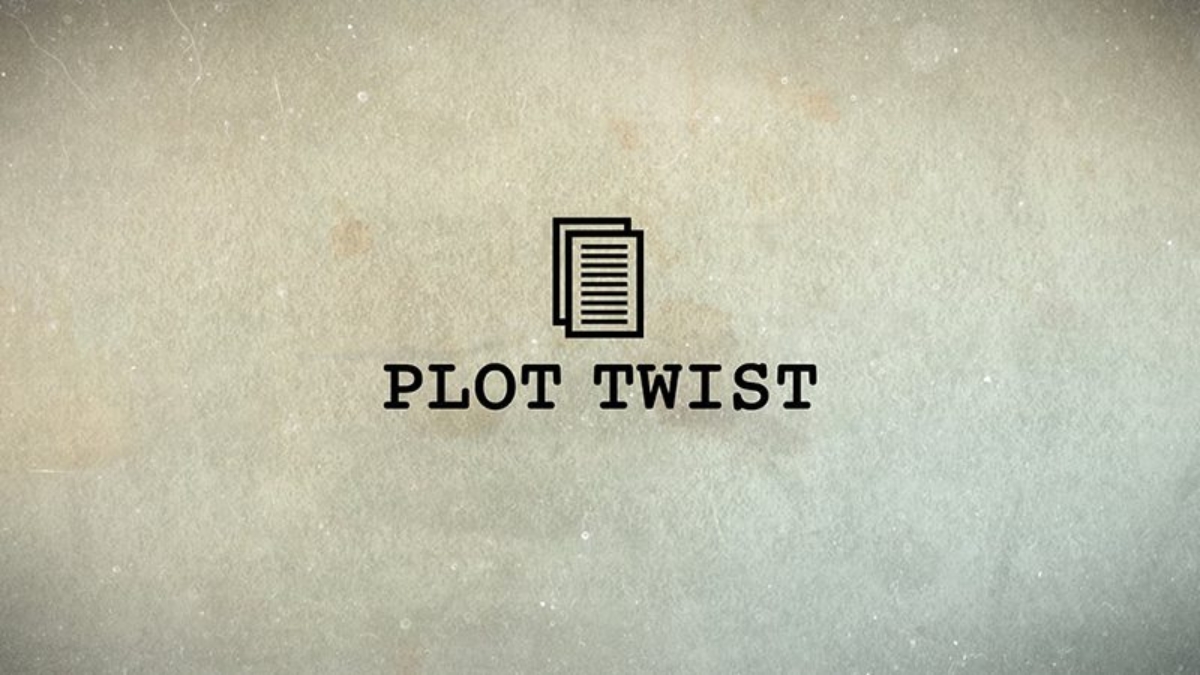 ay twenty one of #IGWRITERSOCT is “Plot twist.” I love it when a movie or book smacks me in the face with a mind bending twist ending.

So, here are my top five favorite movies with twist endings.

It goes without saying there WILL be spoilers ahead.

Probably noted as one of the most well known plot twists in cinema history. We learn that Bruce Willis’ character of the child psychologist is actually dead the entire movie.

I honestly never saw this one coming. I knew something was up the entire movie but it never dawned on me that he was dead. Of course when you go back and re-watch it, it’s all so clear.

This movie gave me a hangover for days. Not the good kind of hangover where you look back and in spite of how bad you felt you had a great time, and would probably do it again. No it was a hangover SO awful that anytime anyone ever mentions the name of that liquor, you throw up in your mouth a little.

This movie WRECKED me. It was such a dark and twisted ending once we find out “what was in the box.” The fact it was the pretty little head Pitt’s wife, and that she was pregnant. It was more than my stomach could handle.

I have only watched this movie once. I couldn’t bear to sit through it again. It was just TOO dark.

3. Harry Potter and the Deathly Hallows

Probably not considered one of the biggest plot twists in literary and cinematic history, but this one was deeply impactful to me.

As I sat there reading Deathly Hallows and we finally looked into Professor Snape’s thoughts, I literally gasped out loud and began sobbing on my sofa. THIS was the moment that I fell in love with Snape.

Snape wasn’t always a good man, he made some bad choices, but it was the good choices he made that defined him. Snape was the silent hero in the shadows.

Ok. Popcorn was popped and I was nestled into my sofa ready for this movie. I knew M. Night Shyamalan’s game. I knew that this film was going to have a twist, and the entire movie I was trying to figure it out.

Other than the twist what I love most about this movie is the love story between Ivy and Lucius. I mean seriously, how ROMANTIC is it when she is standing there trembling on the porch, blind and terrified, with her outstretched hand all the while KNOWING that her man is coming for her. When Noah stabbed Lucius I felt like my heart was ripped out of my chest.

As our brave blind heroine goes into the woods to save her man. She climbed over that hedge I knew it was coming…but what??? What was coming??? Then you see that truck pull up and you realize. Holy crap it’s modern day.

Yep, M. Night got me again.

This one absolutely came out of left field and shocked me. It changed the entire feel of the movie. Here thought I was just watching some strange dark drama, when in fact it was a physiological thriller.

The viewer has NO idea the entire time that Tyler is the narrator. We are too caught up with the fact he’s a total nut job.

Once we find out that Tyler and narrator are the same person, you have to go back and re-watch with a total different mindset. It makes you realize that no matter how much of a pushover someone may seem to be, the deep dark inner sociopath looms underneath.