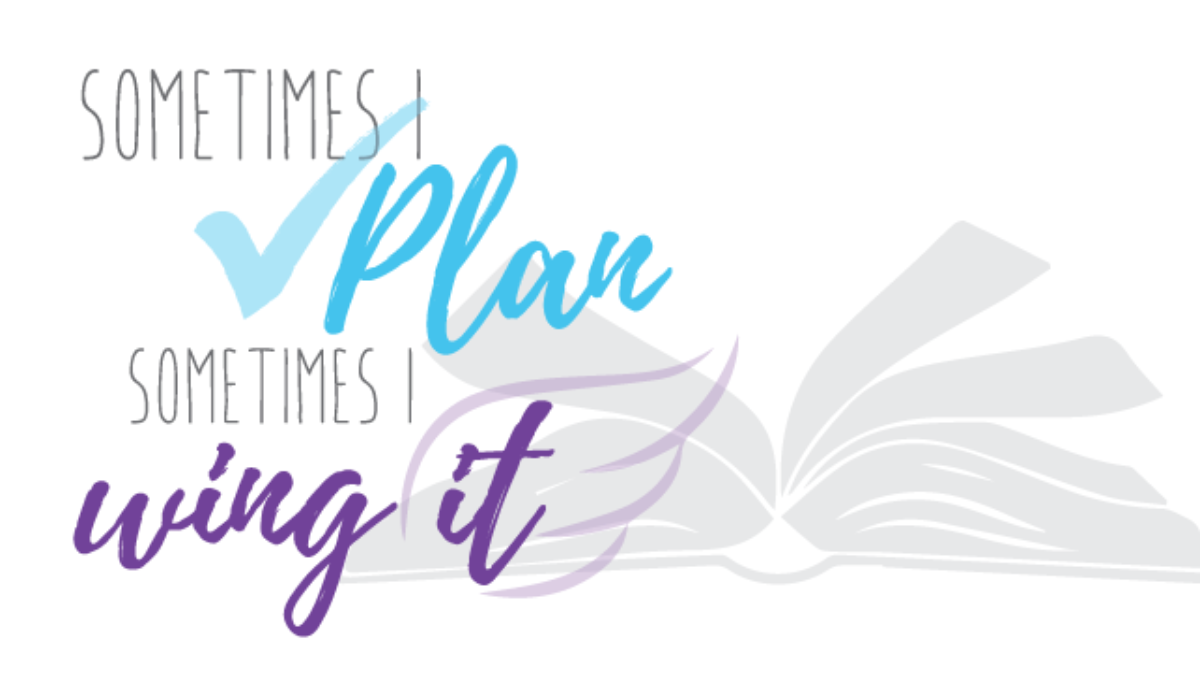 hen I first got involved in the writing community I started hearing the word pantser thrown around a lot. I pretty much figured out right away that it meant writing by flying by the seat of your pants.

I realized also that is exactly what I am. When I first started writing as my bio states, it was just a collection of short stories about this couples steamy encounters. I never intended it to go further than my own eyes. The more I wrote, the more in love I fell with these characters and the more I wanted to share them with the world.

I had somewhat of a general idea on where I wanted my first book to go, and I knew EXACTLY how I wanted it to end, I just wasn’t sure where the story would take me along the journey in the middle. I wrote myself into a lot of corners by doing things this way.

In my head I saw the book like a TV show. Think This is Us, or LOST, with lots of flashbacks to help build the understanding of why the characters were in the place that they were. Pretty much a literary soap opera. Blogs I read and re-read advised against several flashbacks. “But I have so much wonderful backstory written that I love!” I whined to myself. Why are there so many rules???

So, I rewrote the book in chronological story (for the most part). The first Act is the building of the relationship in the past and a lot of (necessary) backstory. It was a much less jarring read this way, and it built the romance between my hero and heroine.

For my second book in the series, I had to scrap the entire book and rewrite it from scratch. The second attempt at Book Two, I wrote about twenty thousand words. I was pretty excited about it. I sent it to my husband (who is my biggest fan and harshest critic). He writes back. Neat.

Neat is the absolute worst thing my husband can ever say to me about my artwork or writing. It basically is his cheeky way of saying he knows I can do better.

My second book has been re-written THREE times.

By the third time around I got wise, and realized I really needed to plot this thing out. I didn’t use a fancy beat sheet, but we sat down and came up with a general outline, of where it had to start and where it had to end. I wrote and sent it to my husband one chapter at a time, because damn if I was going to get 20K words in and start over AGAIN.

I got back no “Neat”, and actually got some “love it”, so I knew I was on the right track.

I’m really trying to get better at this. I found this fancy excel spreadhseet that really breaks it down. I’ve never been a very organized person. I blame that on the artist in me. My head is like a gumball machine. I have all these colorful ideas rolling around in it and they come spewing out. I’m all over the place at times.

So, now I’m a pantser who is learning to plot. Sometimes I plan, sometimes I just wing it.