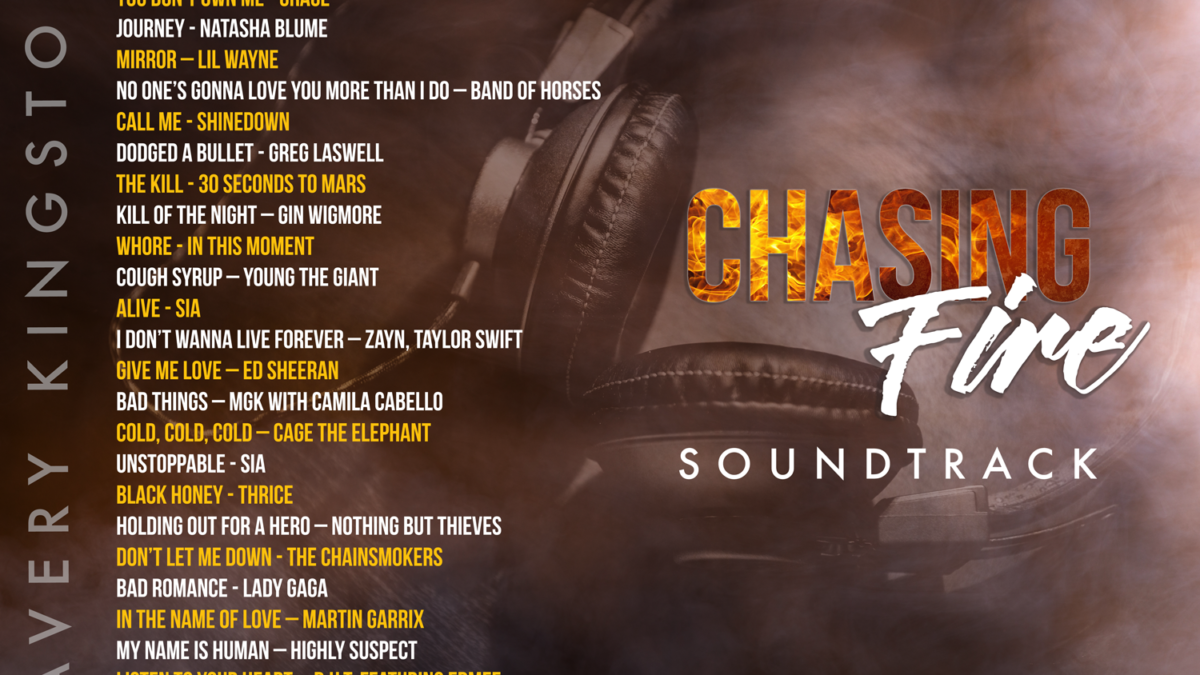 I’ll come home and play that song on repeat and sit there and write as the inspiration pours out of me. From being online in the writing community I know I’m not the only person that does this.

I posted the link to my Spotify playlist at the beginning of my e-book for Chasing Fire, but I also just created a YouTube one as well for those that may not subscribe to Spotify because I want all my readers (if they so desire) to be able to access the playlist of songs that helped inspire Chasing Fire.

Originally I had each of these songs at the beginning of each chapter (and I had planned to link to them) but SEVERAL CP’s suggested that most folks wouldn’t care about this and that it would be distracting. The last thing that I wanted to do was to pull readers out of the story, so I decided to eliminate them since a good portion of my readers probably wouldn’t listen anyway.

The songs go pretty much in the order of the book, so if you’ve read it (or are listening while reading) you will understand why each one fits where it does. The first and last song (Horns by Bryce Fox and Wicked Game by Chris Isaak) kinda cap off the entire novel. Those were my overarching two main songs. In fact, I almost named the series Wicked Game but there were SOOO many books with that title that I went with Fire and Fury (not political, I promise). Tori represents fire and Scott is fury. I have a whole blog post here that explains the agony I went through titling these books.

Anyhow, I digress. There is a part of me that knows there are others like me that WOULD want to hear the music that inspired the author when writing the novel, so I decided to share here.

So here is my list embedded on the blog for you to listen, OR use the links above. Listen to it as you read if you like, and feel free to ask me WHY I picked each song. I’d love nothing more than to engage with my readers and explain why each song struck such a personal chord with me.