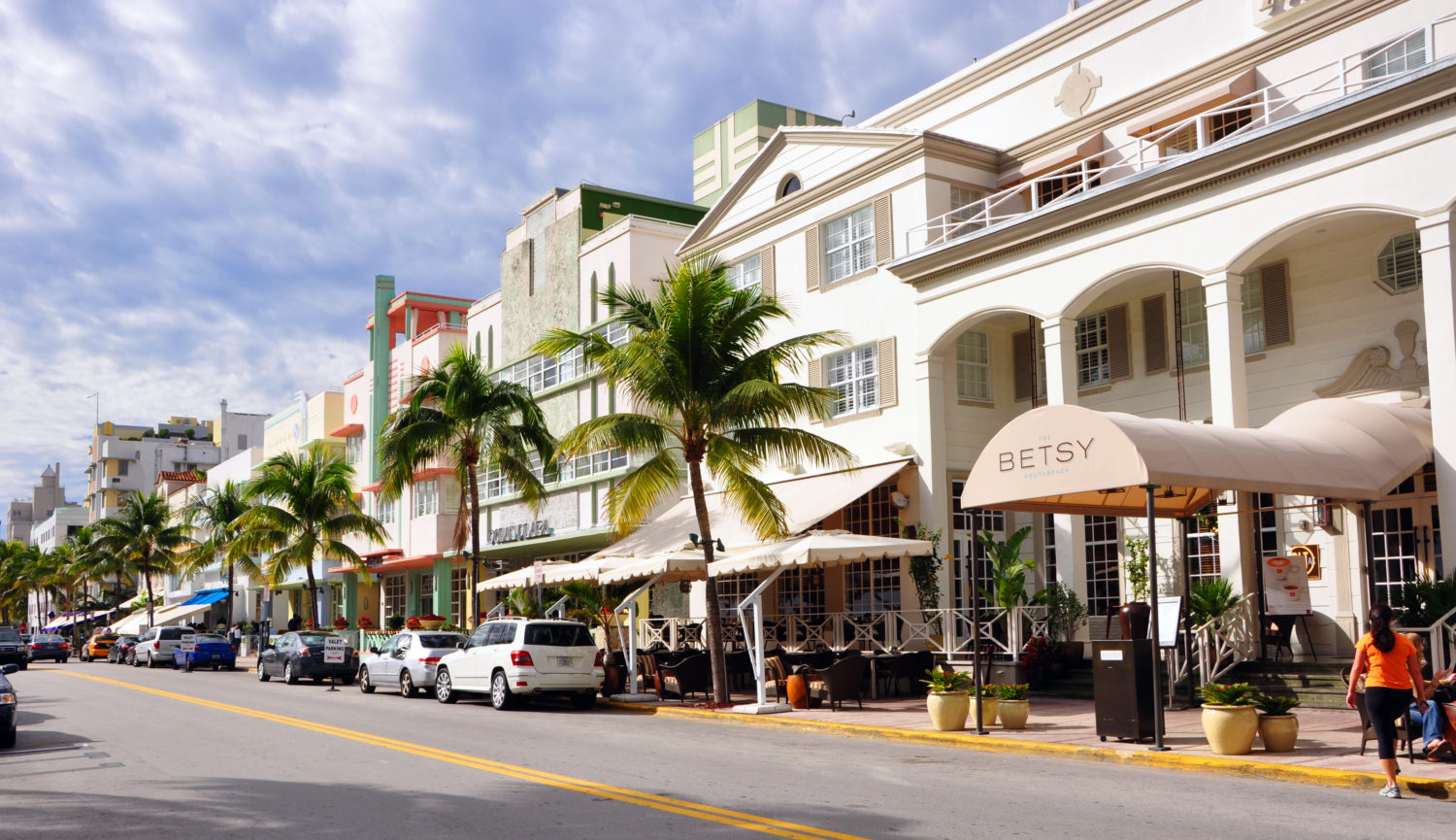 This was a deleted scene from Chasing Fire. When Scott and Tori first show up in Miami, he leaves Blaze in charge of his girl and they wind up shopping and then Tori gets a tattoo. Blaze winds up in bed with the girl from the swimwear shop…and it does NOT end well. This ended up cut because length of the first book and it was taking too much focus off Scott and Tori at this juncture of the book. I do reference the memory in other books. In Smoke and Mirrors when Tori has to go rescue Blaze after he got robbed, he says they’re even after she drug him shopping all day. Then again, I reference this in Blaze and Brandi’s book as well.

After Scott took off Tori and Blaze walked down South Miami beach for a few hours. Tori knew the poor man’s patience was wearing thin with her dragging him in and out of shops, but he was a trooper.

“Come on, one more please,” she begged.

He groaned. “When Scott said to keep his girl out of trouble I figured our day would be full of much more excitement than you dragging me from store to store. Now I’m just your steward carrying your bags. I guess I had you pegged all wrong. You’re just a girly girl who wants to shop just like the rest of them.”

Tori huffed and crossed her arms defiantly. “Last one. I promise. Then we’ll do something really fun.”

“Fine,” Blaze said, opening the door for her, “But only because this one is called Beach Bunny Swimwear. After you, Blondie.”

She looped her arms with his as he guided her through the door. It was the same song and dance at every store. Eventually a sales associate would see them and come up and ask to help once they saw the white cane.

Footsteps approached. “Can I help you find something?” a young female asked, Tori suspected in her early twenties.

“Ask miss Shopaholic here, honey. I ain’t the one looking for a string bikini,” Blaze snorted.

Tori elbowed him in the side. “I’m looking for a hat. Something cute to wear on the beach. Straw, not overly big and obnoxious and also a swimsuit cover.”

“Well, you came to the right place,” she said. “Follow me.” Blaze led Tori over following the associate.

“Our covers are here on this wall; did you have something in mind?” she asked.

“White preferably…” It was hot out and she wanted something cool. “…and sexy,” Tori added with a sly grin.

“Ok, I think you would look super-hot in this one.” A few moments later fabric was in her hands. “It’s sheer and lacy, split open down the back, with little straps across the shoulders that cut open to the sleeves that are long. Very sexy. Want to try it on?” she asked as Tori ran her hands along the fabric, getting a feel for it.

She guided Tori to the dressing room in the back. “Ok, so I picked you out a medium, but if you need another size, just holler at me ok?” she said sweetly. “Your boyfriend is super cute by the way. You two are adorable together.”

Tori snorted. “Thanks, but he’s not my boyfriend, just a friend.” Well, she supposed he was a friend. She’d known the man all of three hours now, but she had a feeling they were going to become great friends.

“Oh,” the girls voice went up an octave.

“I think he’s single.” Tori grinned, playing wing man. “Go flirt with him a bit while I try this on. See if he bites.” She jutted her chin.

Several moments later the associate came back, knocking on the door. “How’d that work out?”

Tori opened the door up. “Great. I was about to ask the same for you,” she teased.

“He flirted back a bit,” she said coyly. “Let’s go find you that hat.” She looped her arm with Tori’s and led her over to the hats.

“Ok, you would look super cute in this little straw fedora. It has a paisley black and white ribbon around it. It’s neutral and will go with anything,” she said placing it in Tori’s hand. Footsteps drew close, Blaze’s she assumed, followed by a clearing of his throat.

Tori placed the hat on her head turning in the direction of his voice. “Good. What do you think?”

“Oh, come on you have to do better than that!” She frowned.

“I dunno what am I supposed to say?” He sighed. “Oh. My. God. Super cute!” he added with a valley-girl lisp followed by what sounded like him slapping his face.

The associate and Tori rolled in laughter.

“See, that’s the response I was looking for!” Tori giggled. “Now you sound like my best friend, Keith. You’re making me feel right at home.” She reached out and squeezed his arm. “You aren’t by chance a fiery red head, are you?” She trailed her hand up his arm to his head and pulled on a strand of his hair, realizing his hair was quite longer than she guessed.

Tori pulled the hat off her head and ruffled her hair. “I’ll take it, can you ring me up please, so I can relieve this poor man of his suffering?” She turned to the associate.

“Sure thing.” The woman plucked the hat from Tori’s hand and her footsteps faded.

Tori hooked her arm to his. “She’s hot for you by the way, if you didn’t catch that,” she whispered in Blazes ear as they walked.

“Oh, I caught that alright.”

“She’s not bad. A bit young but doesn’t look jailbait.”

“Then get her number already.” Tori nudged him as they approached the register.

The associate rang them up and thanked them. Tori could practically hear the drool hitting the counter as the poor girl fumbled over her words. She figured Blaze had to be extremely good looking to elicit that type of reaction.

“So, what’s fun to do in Miami?” Tori asked the girl, trying to keep the conversation flowing. “I want to go dancing tonight, preferably Latin music. Know anywhere nearby for that?”

“Well if you’re into Latin music you could go to Mango’s…but honestly, it’s a bit of a tourist trap in my opinion,” she advised.

“Yeah Mac’s is good if you’re looking for hookers, local weirdos and a bar where you could possibly get stabbed.” The associate groaned. “Although tough guy like you wouldn’t have much trouble there. I can see why you’d like it.” She cleared her throat. “I did once find roach in my drink.”

“Hey, that’s protein honey,” Blaze said as his arm rose and fell next to Tori’s with a shrug.

Tori slapped the counter. “Hookers and weirdo’s sounds fantastic! Who needs Latin music when you have that to look forward to?” She giggled.

The associate chuckled. “You all have fun tonight. Nice meeting you.”

“Maybe we will see you there?” Tori asked. “Blaze will keep an eye out for ya, when he’s not checking my drinks for roaches. Won’t you Blaze?” She jabbed him in the side.

They got outside. “What the hell are you doing, Blondie?” Blaze asked.

“Getting you laid. It’s the least I could do after dragging you shopping all morning.” She pulled the hat out of her bag and placed it on her head.

“You say that as if I have trouble getting laid.” He laughed as if it was the most absurd thing he’d ever heard.

Tori shrugged. “She said you were really cute, but she could have just been being nice since I can’t see you. You could be a total troll with a hunchback for all I know.”

“You’re out of your mind,” he laughed, “Let’s just say the ladies like what they see.”

“Any tattoo shops nearby?” She flashed a wide grin.