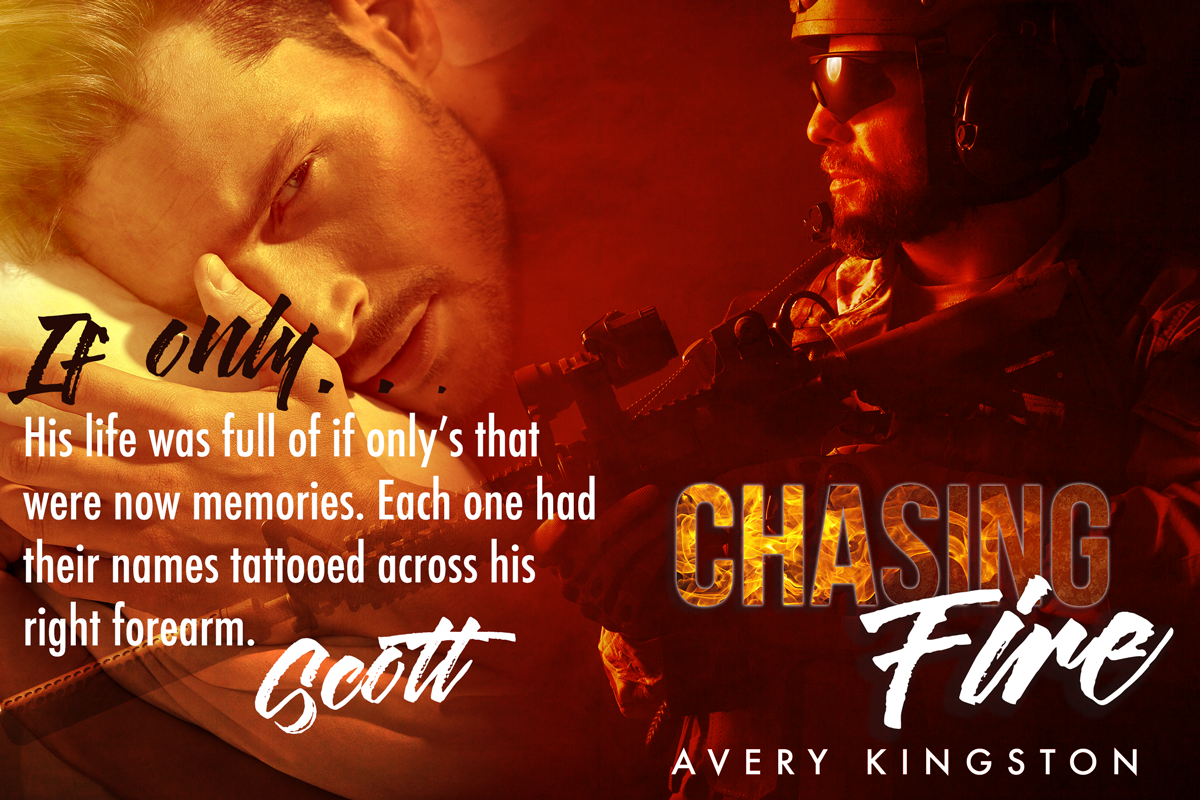 or the past few months I’ve had the joy of taking part in a daily hashtag game on Instagram. Today’s post is “favorite character.” I’ve done one of these on Blaze (my favorite SC) but today’s topic was your favorite MC.

I debated back and forth wether it was Scott or Tori. I love how feisty she is and I love her rough edges. Tori immediately jumped off the page. I KNEW her (probably because I made her personality a lot like how I wish I was. Bold. Brave. Daring. Takes shit from no one).

I know in my heart though that Scott is THE BEST part of this saga. (Funny, because he was really flat for quite some time.) It took a lot of effort for me to mold him into the hero that I wanted him to be.  I had to really dig deep and figure out what his goals were, and what was stopping him from getting there (other than Tori’s antics).

As a female writer it’s really hard to “write like a dude.” Many times I’ll read a romance novel and the man sounds so feminine. I’m not talking about beta males here, those types of guys are fine. Not all heroes need to be alphas. What I mean is that the male main character will say/think things that girls WANT to hear, not actually what a man would be thinking.

I’m fortunate enough that I have my husband to put me in check when Scott says or does something that would not be typical of a man to say or do. In fact, a LOT of how Scott acts and things that he says I , ahem, I mean, borrow from my husband. My husband has and always will be, my muse.

I was having a conversation with another writer friend of mine and she mentioned in a book (which I love) where a male character says “Oh my god, you are magnificent.”  She said “I don’t see any scenario where anyone would actually say this.”

Yeah, I could agree with her on that.

So, now that I’ve rambled on long enough let me tell you a little about Scott Harris.

Scott Harris was born in Texas and grew up a military brat. His father was in the Navy and they moved around a lot. They settled in Texas his freshman year of high school, so he considers Buda (a small town outside Austin) his hometown. From a young age he knew he wanted to follow in his father’s footsteps. Watching his older brother and older sister rebel, he stayed on the straight and narrow, stuffing down most of his wild streak. For the most part, he was a good kid.

This disciplined nature followed him to Annapolis, MD where he went to the Naval Academy. His goal was to make SEAL, and odds were that most men wouldn’t make the cut. He had no intention of being on the wrong side of the axe when it came down. When the guys would go out to party, eight out of ten times he’d stay behind and study. One night though, he decides to go out with the boys to blow off some steam.

They head to a dive bar in Georgetown on a night that they have a rare weekend pass as upperclassmen. There they can hit on drunk college chicks and get wasted for next to nothing.

This night changes his life. This is the night he meets Tori. This is where the story begins.

Tori challenges his disciplined nature. She’s everything he isn’t. Wild. Free. Uninhibited sexually. She brings out the beast in him. She pushes him far beyond his comfort zones. She brings FUN into his life. She changes him. Mostly for the better. (The jury is out on that one.)

Scott is a perfectionist to the core. He will NOT pursue something unless he knows that he will succeed. Failure is his worst enemy. It crushes him.

Keith sipped his drink. “You keep waiting for the perfect moment and you are going to miss your shot, I mean hell, she almost just died.”

Scott’s jaw clenched as Keith’s words cut him to the core. They could have had that by now and he could have saved her from this. That thought settled like a brick in his stomach. He’d waited years for the stars to align, waiting for the perfect moment and where did that get them?

Part of him wanted to run in there and rescue her from this creep. The other part of him wanted to scream at her for devaluing herself so much. Truth was, right now she wasn’t his to rescue or be angry with. Not yet anyway. She was a starving artist who trusted nobody but herself to take care of her, and he was an unemployed, disabled veteran, who had nothing to offer her but his heart.

When Scott comes home wounded from combat, Tori stays by his side. He’s lost his career and his leg. Everything he worked for his entire life is slipping through his fingers. Tori pulls him out of his pit. Shows him how sexy he always has been, and always will be. Tori is his redemption, but he still can’t penetrate her walls. (Tori’s arc is another blog post so I’ll end that here).

Underneath his smoldering gaze and tough exterior, Scott is really a softie. He cares for other people. He hurts when others hurt. He may be six foot three and a scary looking beast, but he’s a kid at heart.

“But he has a robot leg, is he a robot?” The small voice chimed next to them.

“Shhhh,” the mother said quietly to her son.

“My leg isn’t a robot, but it is carbon which is stronger than a human bone,” Scott informed the kid.

“I can’t run too well on this one, but I have a special leg I use for running, that’s a super cool blade. I just swap it out whenever I need to.”

“Cool! What happened to it mister?”

“Some bad guys tried to blow me up.”

“Woah…” the kid mulled that over for a minute.

I had a perfect image of Scott in my brain when I wrote this, what he looked like. I’ve yet to find an actor or model who is precisely him. I kinda imagine him size wise a bit like Joe Manganiello (Six three, about 220lbs). Joe has this amazingly serious looking smoulder but I’ve seen him play some comedic roles as well. Honestly, he could be a good fit, but it’s not EXACTLY how I imagine Scott. 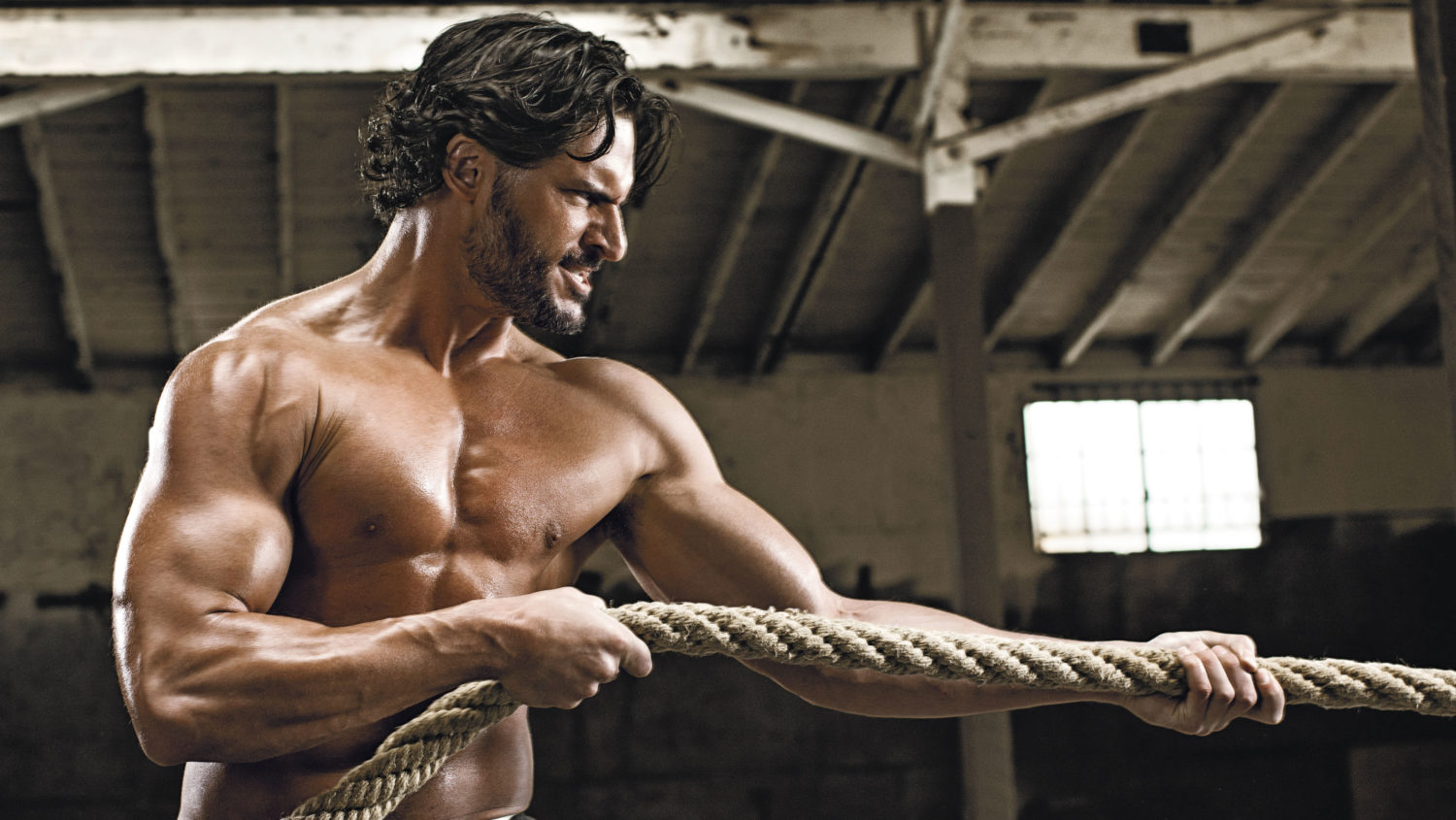 In his face I imagine him somewhat like Nick Bateman. Although a little bit more rugged . Nick is pretty. Almost TOO pretty. 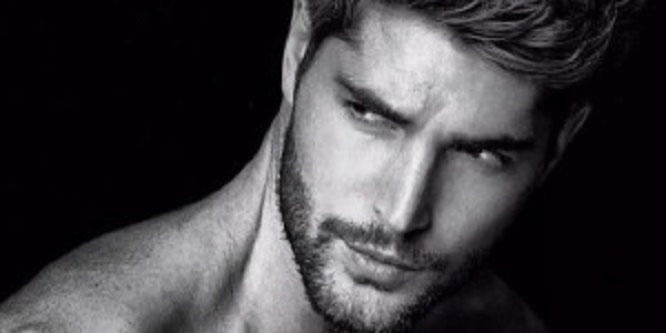 About two years into writing this I stumbled across romance writer and cover model B.T. Urruela, who is a combat vet, lower leg amputee just like my MC. God, if I had unlimited funds I’d hire BT in a second to do my cover just because I want to give back to vets. he would make a great Scott. I’m a huge advocate for PWD (people with disabilities) playing in TV roles and doing modeling gigs. We NEED more of this. Michael Stokes is an AMAZING photographer who showcases wounded vets in his photography (photo credit: Michael Stokes). I LOVE what he’s doing for veterans. 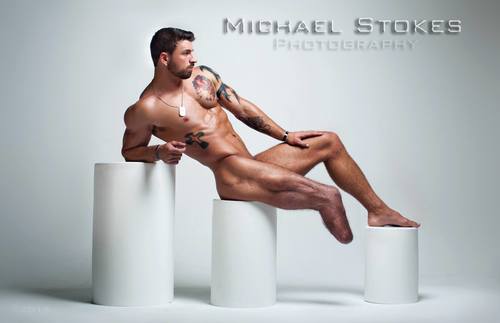 None of these guys are EXACTLY as I imagine my hero, but it helps to build a picture of the man I was trying to create.

I hope that readers fall for Scott as much as I have. Somedays I think my husband is a bit jealous of how much time I spend with Scott. Other days I know that he’s flattered when he reads a line I wrote that came out of his mouth.

That’s why my first book will be dedicated to my husband. My muse. The one who started it all.

Thank you baby for sticking by me and being my biggest cheerleader. I can’t wait for everyone to meet the man you helped me create.