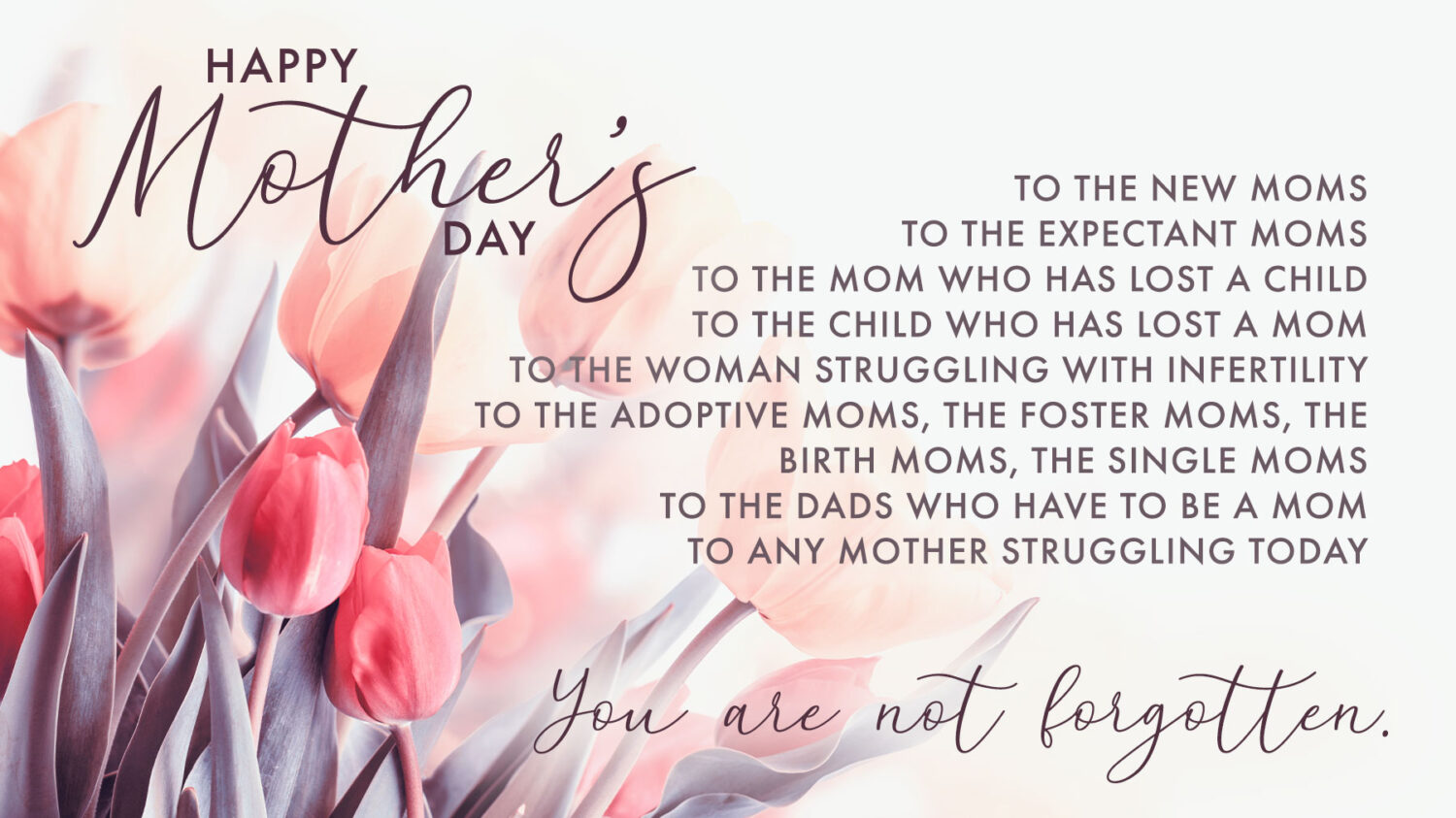 Relationships with parents can be tricky. For many, Mother’s Day is a happy occasion, but for many, it’s bittersweet or downright painful. I love exploring family dynamics in my stories, and I understand that the relationship that each of my characters have with their parents greatly effects who they are as an individual.

So, let’s dive in and talk about the motherhood dynamic with each of my characters. 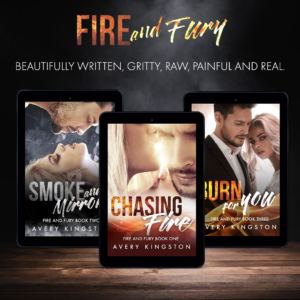 I’d say that it’s safe to assume that Maureen (Tori’s mom) is probably one of the most tumultuous relationships I’ve written. We learn in Chasing Fire that her father is dead, and her mother is an addict. Tori had to be “mom” to her younger sister Jane, and when Tori finally leaves the house, she shakes off that responsibility and just lives for herself for quite some time.

When she meets Scott’s mother in Smoke and Mirrors, it stirs up all kinds of emotions about her relationship with her mom, and we peel back the onion that is Tori a little more. It takes us all the way until book three to realize what is truly going on with Tori and her mom, and just how deep the rabbit hole goes.

In Chasing Fire, motherhood is the last thing on her mind, and she fears she’d make a terrible wife and mother, due to her past. But once she realizes that her chances of motherhood could be robbed from her, she starts to yearn for it. 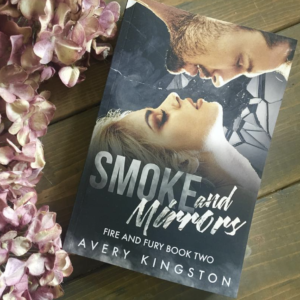 We only meet Judith briefly in Chasing Fire, but in Smoke and Mirrors she is a central character to the story. Mamma Harris stole my heart and the hearts of readers. She’s a little intrusive at times, but so loving, kind and wise. She loves everyone exactly where they are at, even if she may not agree with their choices. She’s the epitome of a nurturing Southern mamma. “Come in, take your shoes off, let me cook you something, this is HOME.” (But don’t you DARE take a bite of food without saying grace first).

With the solid upbringing of two wise, loving, parents, its shaped Scott to be the good man that he is. Tori is nervous about meeting his family, due to her sordid past, but Scott knows she has nothing to worry about. If she’s good enough for him, his folks will see that, and they do.

Blaze and his mamma issues 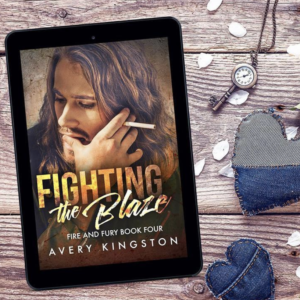 Blaze has another horrible past. (Oh the torture I put my main characters through). He doesn’t remember much about his mother. She was an addict who ran off and left him with his abusive father. He doesn’t even know if she’s alive or dead to be honest.

Much to his dismay, Mamma Harris takes Blaze under her wing. Mamma Harris immediately has a soft spot for him, due to the fact he served with Scott, and saved his life on several occasions. She does not like his womanizing ways, but she loves Blaze in spite of all that. And when all hell breaks loose in Blaze’s life at the end of this story, Mamma Harris is the one person he knows he can turn to and she will accept him with loving and open arms.

“I like cookies too.” (One of my favorite lines that caused me to break down in tears when I wrote it). You’ll have to read the book just to see why. 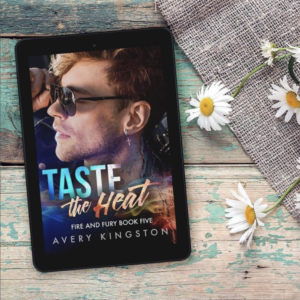 Jonathan’s mother died when he was very young in a car accident, and he was raised by his father until he passed on 9/11 (Pentagon). But really, the one who truly raised Jonathan was his Nana Ollie. When we first meet Jonathan, you think that Nana Ollie is dead, but turns out, she is in a nursing home with dementia, and her time is growing to an end. This shapes a lot of the heaviness that is on this single father’s shoulders. (Oh yeah, Jonathan has a kid…) We see glimpses of Nana Ollie through Jonathan’s eyes, and just how deep of an impact she had in his life. Like Mamma Harris, the woman was wise, loving, kind, a killer cook and loved Jesus with all her heart. She suspected early on that Jonathan was gay, and it didn’t matter to her one bit. All she cared about was his character, and that woman instilled good morals into Jonathan.

Keith is a mamma’s boy through and through. His mother, Tilly, was a kind and loving woman, a wonderful mom, but she suffered from bipolar disorder. Keith, being the giver he is, always took it upon himself to take care of his mom, to be there for her on her bad days/weeks/months. So much so, that he neglected his own mental health over the years. Keith’s own anxiety and mental illness finally boils over in this story. 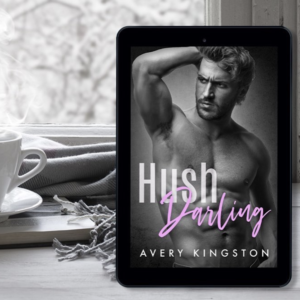 Trigger warnings: Death of a spouse, loss of a child, domestic violence.

Tanner was born hard of hearing/Deaf to two Deaf parents. His mother, congenital, and his father who lost his hearing in Vietnam. He was raised around Deaf culture, and takes pride in who he is. I don’t talk a lot about his parents, but they are good, solid people who helped shape Tanner into the gentle soul that he is.

Gia lost both her parents as a teen, and spent time in foster care, but again, good people. The later part of her life is where things got rough. Bounced from foster home to foster home, she winds up falling for a bad man, and when her abusive husband impregnates her, she knows she has to go on the lam, not just for her, but for the safety of her child. We know right away that Gia is willing to do anything for this kid, including starting all over in a new country. She’s a GOOD mother, and is ready to raise this child all on her own.

But she doesn’t have to…because, well, she meets Tanner of course. 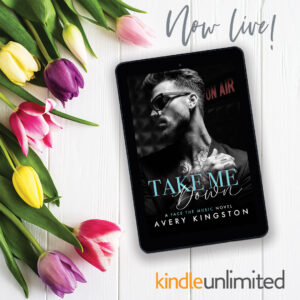 Kennedy is the epitome of mother issues. She lost her mother to cancer at a very young age, and wound up with a stepmother who only used Kennedy for her own advantage. I lost my mother too at a young age to cancer, (thankfully, no evil stepmother, mine was pretty awesome). But like Kennedy, the pain and loss I buried has put me at times on a slippery slope with substances. I have to watch myself VERY carefully, and not over indulge.

Silas was a mamma’s boy. So much so, he never wants to cause his mother any pain. He can’t stand to see her cry. And that’s what she did when he got his diagnosis. Cried, and prayed. Cried, and prayed. So much so he couldn’t take listening to her pain. The thing he hasn’t realized though, is by shutting her out of his life so much, that’s exactly what he does…wounds his family. He feels it’s easier to not have them involved so they don’t have to know how much his vision is declining, but that is the furthest from the truth.

So, like my characters, I understand that my readers may have complicated feelings on Mother’s Day. As someone who has lost their mother, I know from experience that this day can be bittersweet for many. Praying for those today whom this day is difficult for. Celebrating with the ones that are joyous today. Sending love to all.